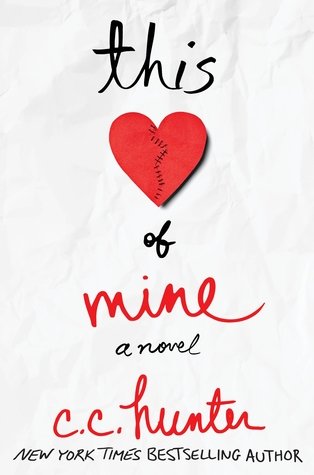 This Heart of mine completely took over my own heart. This is tge story of 17yr old Leah Mackenzie who was living her life with an artificial heart inside of a bookbag. Although she was scared, tired and sick she still try to leave her life to the fullest. She was told that because of her blood rype it would be almost impossible for a donnor to show up. But one day her life completely changed. Leah’s mother received a call telling her a heart has become available. The donor, a young boy who went to school with her and was rumored to have killed himself. But leah’s dream told her different. She had to track down the boys brother and tell him her suspicion.

Matt refused to believe his twin brother had killed himself. He was having nightmares that told him helis brother had been murdered. And when Leah track him down and told him about her dreams he knew he was right all along. After all two people cannot have the same dream.

Leah and Matt became very close during the time spent together looking for the killer. They fell for one another. Their relationship was cute and funny but could it last? Would Leah’s body fully accept a strange heart? Would they find the killer?

This book made me feel all kinds of emotions. I cry, laughed, got angry etc. It was a touchy subject for me because like Matt i have lost people i love. I also found out that this book was created based on a similar experience as Leah did with her husband. That made this book so much more special to me.